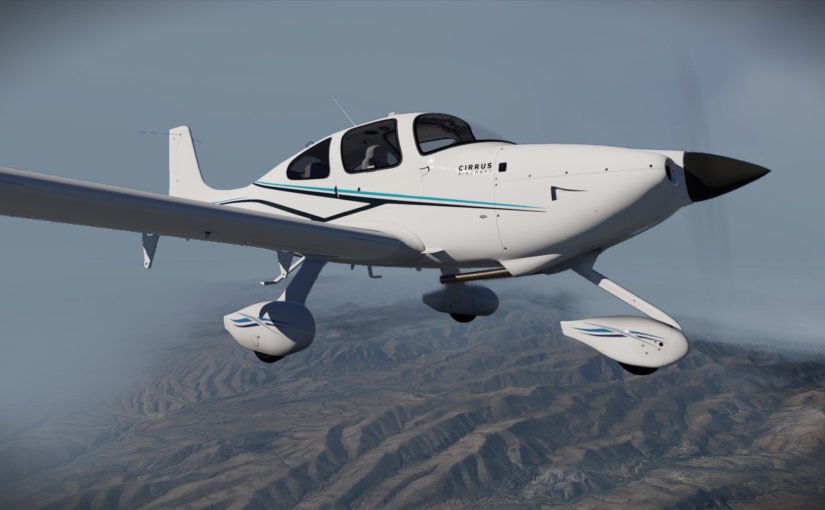 We are looking to expand our team of programmers, and perhaps add someone to aid in our customer experience. If any of these positions below of interest, consider applying to join the team!

If you have any questions, email careers@torquesim.com and we will get back to you.

These positions are all contractor positions, you will be responsible for setting your own hours, providing your own equipment, and you will work from your own home. Please contact us if you have any more questions. 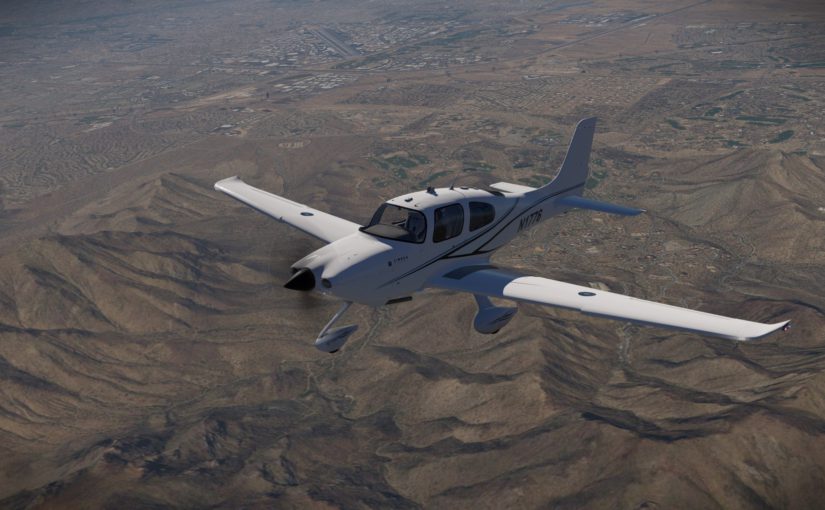 TorqueSim, X-Aviation, and RealSimGear are excited to announce the Take Command! SR20 has arrived and is ready to join your hangar! Don’t be fooled by imitations. THIS is the SR20 simulation flight schools will be using! The systems simulation along with 3D modeling is incredible. There’s no other SR20 on the sim market like it. This is the perfect addition to the Take Command! SR22 Series.

While on the surface, the SR20 seems quite similar to the SR22, there is much more changed than what immediately meets the eye. We have worked to develop a fully custom engine model to implement the Continental IO-360-ES engine, with all its proper behaviors and quirks. With the systems, we had to go in and make the systems match a proper G3. The 3D model throughout is significantly revamped to match. This aircraft will be the perfect addition to any simmer’s hangar!

The Take Command! SR20 is designed to work perfectly with the RealSimGear G1000 and Cirrus Perspective Hardware. Learn more about the hardware options here!

The aircraft is sold separately from the SR22 Series. A discounted upgrade price was emailed to everyone who already purchased the SR22 Series before today. 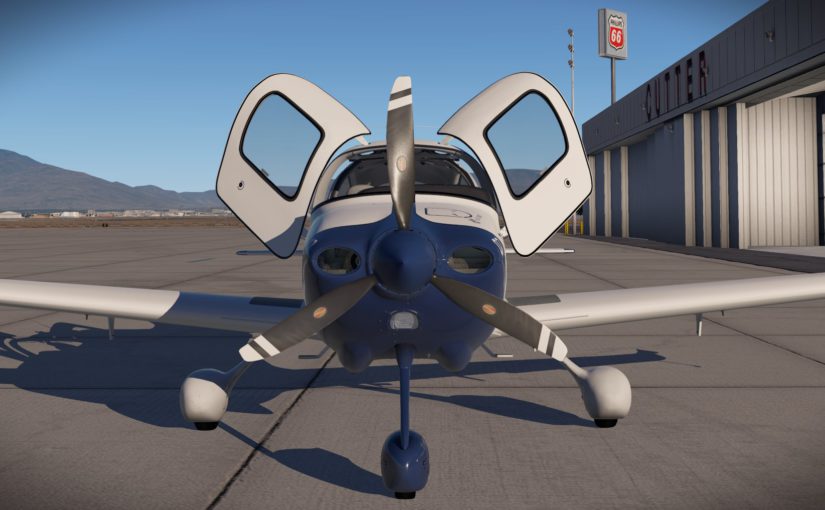 TorqueSim, RealSimGear, and X-Aviation are excited to announce the SR20 for X-Plane will release this Friday (November 13th)! The SR20 is the culmination of thousands of hours of work, building on top of our recently released Take Command! SR22 Series to create the highest of quality aircraft.

The X-Aviation Take Command! brand of products represents the very best of flight simulation immersion, and assures you this TorqueSim product is one of the most sophisticated, study sim level aircraft available for X-Plane! Real world pilots test and assist in the development of these products, and real world procedures are followed. It tells you these products are unlike any other product you’ve seen outside of the ever growing X-Aviation catalog! Want to feel like a real captain? Take Command!

While on the surface, the SR20 seems quite similar to the SR22, there is much more changed than what immediately meets the eye. We have worked to develop a fully custom engine model to implement the Continental IO-360-ES engine, with all its proper behaviors and quirks. With the systems, we had to go in and make the systems match a proper G3. The 3D model throughout is significantly revamped to match. This aircraft will be the perfect addition to any simmer’s hangar!

The Take Command! SR20 is designed to work perfectly with the RealSimGear G1000 and Cirrus Perspective Hardware. Learn more about the hardware options here!

The aircraft will be sold separately from the SR22 Series. A discounted upgrade price will be available to those who already own the SR22 Series before Friday. As with the SR22 Series, this is for personal use only, contact us for information on commercial pricing. For more updates and to be the first to hear about the release date, sign up for our email list!

You can learn more about the Take Command! SR20 here. 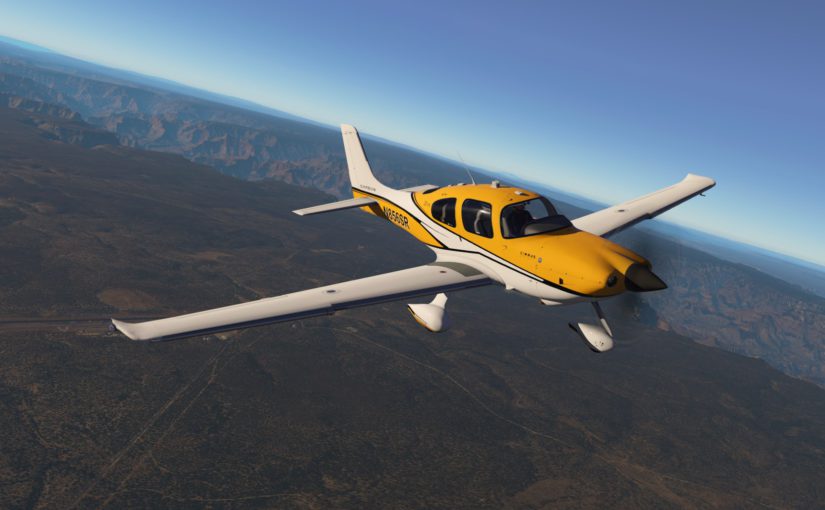 We have released the version 1.1 update for the SR22 Series. All customers who have purchased the SR22 Series up till now have been sent an e-mail by X-Aviation with complete instructions on how to obtain your update. We have made this a very simple process! For those that purchase the SR22 Series from today forward, your purchased download will already be updated to version 1.1 for you.

These were initially discussed in our Feature Preview post.

…. and many tweaks throughout!

As always, thanks for supporting TorqueSim and X-Aviation. We appreciate your feedback and support! 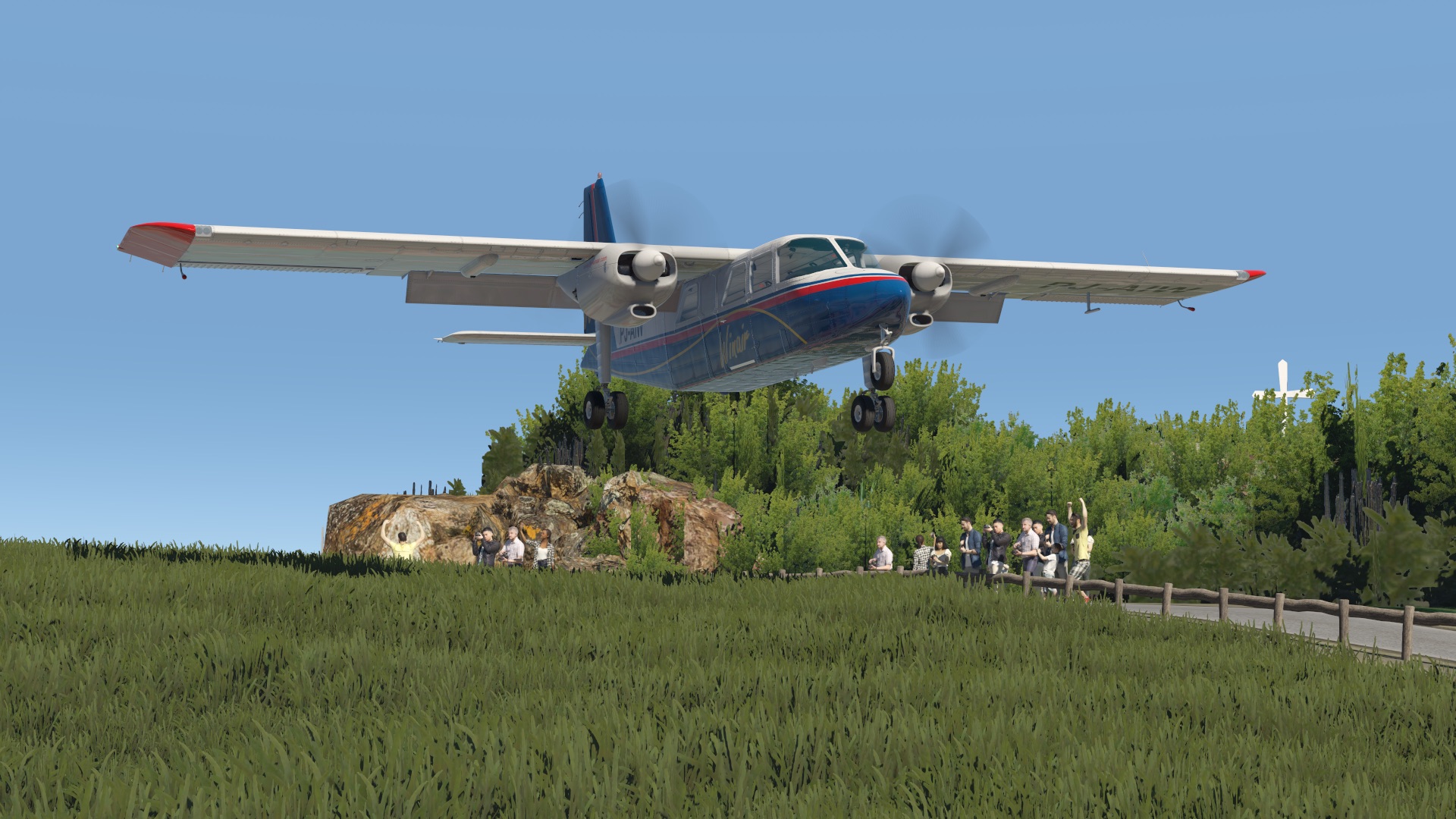 We’ve been hard at work preparing a major update for the Islander since its initial release! Our philosophy at TorqueSim is to make the absolute best product we can, and to that end we’ve taken time and considerable effort to prepare the Islander Version 1.1, which represents a massive improvement over the original in all areas.

With this part of the project now on the home stretch, we decided it’s time to share some of the improvements we’ve made with you.

First off, we’re very proud to say that we’ve been able to fix or resolve all bugs reported to us so far, and many more that showed up in the course of our own continued work on the project. Thank you so much to everybody who contributed reports, contacted us about issues, and offered solutions! So many of these bugs would’ve just slipped by us if not for our dedicated beta team and all of you, flying the Islander out there in the wild.

Probably one of the most anticipated additions to our Islander comes in the form of integration for RXP’s GTN simulations (RXP GNSs were compatible on launch, for anybody wondering). From 1.1 onwards, the Islander can make use of both the GTN750 and the 650, either separately or both at the same time, in both the regular and G5 versions of the aircraft.

In addition, we’ve integrated the excellent Avitab plugin, including a way to move it to various locations within the cockpit. It’ll start out hidden on every flight, but a quick click to the center of the glareshield edge should bring it right up when you need it.

In our quest to increase the performance of the Islander on all systems, we’ve undertaken some serious texture optimization, which should render the need for a 2K texture pack obsolete. The new textures retain full 4K format where needed, while selectively downsizing performance-intensive normal maps. Heavier reliance on LIT textures also permits night flights and cockpit lighting with little to no performance impact. A total of only 4 HDR lights have been retained in places where they make sense.

Following some requests to make the overhead utility lights functional… that’s exactly what we’ve done! The utility lights are now fully operational, with individual HDR lights attached to them. No more searching for those overhead switches in the dark.

The other two HDR lights are used in the pilot’s row cabin lights. It made little sense to bake the LIT textures here, as these lights can interact with certain parts of the cockpit, however they should have very little impact on performance.

Further optimization could be achieved in the 3d meshes of the Islander. Many parts contained unnecessarily high numbers of polygons contributing nothing to the overall appearance of the aircraft. These have been eliminated, reduced, remodeled, or otherwise repaired. You should see a marked improvement in framerates in certain areas.

Thanks to the combination of texture and mesh optimization, we’ve brought the size of the objects folder for the Islander down to just over 500 MB (including all objects and textures), from over 1 GB before. Needless to say, these are techniques we intend to apply to future projects.

We could go on and on and on about all the little things we’ve changed and improved for this version, but instead, here’s a quick list of some other improvements:

And last, but not least, a quick reminder that the Islander Screenshot Competition is still going on! We’ve had some excellent submissions so far, and participants have the chance to win their choice of either the TorqueSim Pocket Rocket, AFM M20 Collection, or both of Attitude Simulations “Gate to the Great Lakes” sceneries! There will be three winners. See the competition page for official rules and details. If you haven’t submitted a screenshot yet, now’s your chance, as the contest will end at the end of the month (May 31st)!

We are excited to share what we have been working on behind the scenes for the last month and a half! We last shared about how we are integrating the many unique aerodynamic features of the SR22 into the model, this has been further refined along with our custom engine model (which was discussed here). While refining our custom systems has been a top priority for the development team, our 3D artist Steaven has also been hard at work, making one of the best 3D models for an X-Plane aircraft to-date!

Our rendition of the SR22 aircraft has designed from the onset with the hardware customer in-mind. Our aircraft will integrate perfectly with the RealSimGear Perspective Hardware, providing the ideal home flight simulator.

The RealSimGear Cirrus Perspective hardware package will work out of the box with the new aircraft providing a fully integrated and easy to configure home training solution for people wanting to learn and practice flying real Cirrus aircraft. The PFD and MFD screens will automatically display the screen contents when the aircraft is loaded, all buttons and knobs will be pre-configured. This makes it possible to practice the exact same workflows and procedures you would normally encounter during a real world flight, including full checklist operation, flight plan loading and instrument approaches. This coupled with the extremely realistic engine and system modeling means that flying with the simulated aircraft combined with realistic hardware provides an incredibly effective home training platform.

We have also nearly completed the 3D model and texturing process for the aircraft! The model has full 4K PBR texturing, with accurately replicated materials throughout (Even down to the style of fabrics and leathers used)!

The SR22 IO-550-N engine will be the most accurately replicated piston engine for X-Plane. The engine is simulated down to each individual component! Over the past few weeks, the engine model has been further refined and extensively enhanced in order to represent the proper behaviors of the IO-550-N as authentically as possible during normal, hot, cold, flooded and false starts. This is now supplemented by an extensive oil system and other features never seen before on piston engines in X-Plane, such as engine knock (detonation) based on real data as well as some unique characteristics pointed out by real Cirrus pilots on our testing team. The entire component-based simulation of engine, fuel, TKS and oxygen systems has also been integrated into a novel maintenance concept which organizes maintenance intuitively in the form of inspections.

Our custom FMOD sound pack also benefits from the advanced physics-based system simulation. For example, when flooding the engine you will hear fuel dripping from the cylinder drain port. On the SR22TN you will hear the sounds of the turbochargers depending on their speeds.

We originally discussed the Electrical System back in February, detailing the level of depth of the system. We have further refined, tested, and validated the system in all of its various modes! We have developed an internal physics model simulating the lead-acid battery and its various behaviors. The behaviors of the Alternators and the Master Control Unit are also all simulated. The electrical system is a low-level physics simulation, when a switch is flipped on the plane, instead of simply checking for power on the bus, the SR22 simulation actually connects the “switch” tying the individual electrical item onto the power bus. This new logic allows for the many different states of the SR22 to be dynamically simulated at runtime.

TorqueSim has a new website! Visit torquesim.com to check it out, our goal was to make everything easier to find and for the website to load quickly across the globe. We have split off the development blog from the main website, you can now find our development blog at blog.torquesim.com with our update blog posts and more.