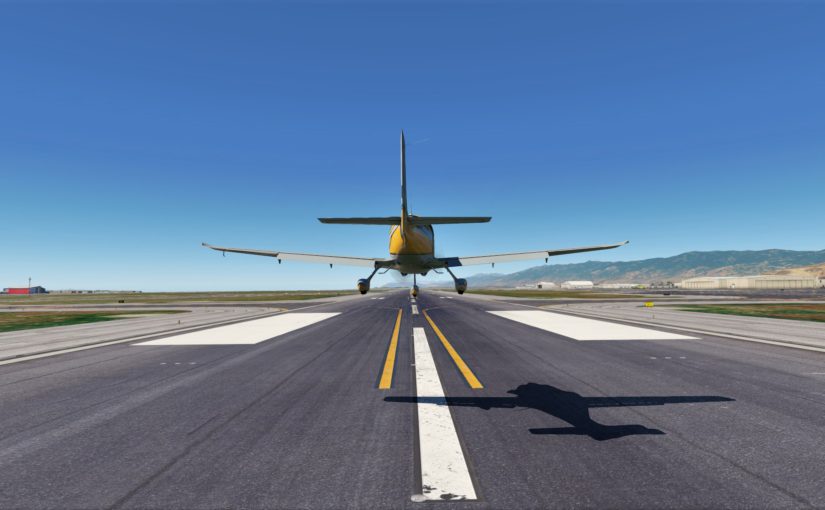 Since the release of the Take Command! SR22 Series, we have been hard at work adding features, fixing bugs, and making general improvements throughout! We are preparing to enter a Public Beta in the coming days (if you are interested in being a part of the Public Beta, you can sign up for a spot here – Note: spots are limited), followed by a general release to everyone once it is ready!

Here are some of the key features we have implemented:

We have integrated a custom terrain profile indicator on the MFD. This will help for situational awareness, especially in mountainous terrain, and help prevent CFIT incidents. The custom system is entirely multi-threaded to prevent any performance penalty.

We have been hard at work adding custom visual icing effects to the aircraft! This will help with situational awareness surrounding the use of TKS during icing conditions, as the simulated ice can now be seen on the wing, inlets, windshield, spinner, and other relevant surfaces!

There have been many improvements made to the engine model and system model. Here are a few highlighted findings from our debugging and fixing:

There was an issue leading to potentially severe fluctuations of engine power during takeoff and climb at high ambient temperatures and altitudes, on the SR22TN only. The cause of this issue has been eliminated. However, there may still be minor residual fluctuations on takeoff and initial climb under such conditions, largely attributed to mixture being slightly too rich for such higher density altitude takeoffs. It can be further amplified by too quick movements of the power lever. To get rid of any remaining fluctuations altogether, embrace the following steps when setting takeoff power at high temperatures and/or density altitudes:

There was an issue leading to seemingly random engine quits during taxi. A fix is in place that has proven to work in internal tests.

The fuel-injected IO-550 engine can be challenging to start at times, so video tutorials to prepare you for all kinds of cold, hot and flooded starts you may face. We have also seen the most typical cause relates to mispositioning the power lever for engine starting (some even at maximum), keep in mind to set the lever to about 1/4” (i.e. at or slightly above the letter R in POWER). We have determined that there is no issue with the custom engine model.

When landing at higher density altitudes with the power lever at idle on rollout, it is to be expected that the engine may not be able to hold its idle RPM due to an excessively rich mixture. Lean the mixture to the appropriate X-T letters in MIXTURE immediately after landing and try to keep the power slightly higher than low idle to prevent the engine from quitting in such situations. We have determined that there is no issue with the custom engine model.