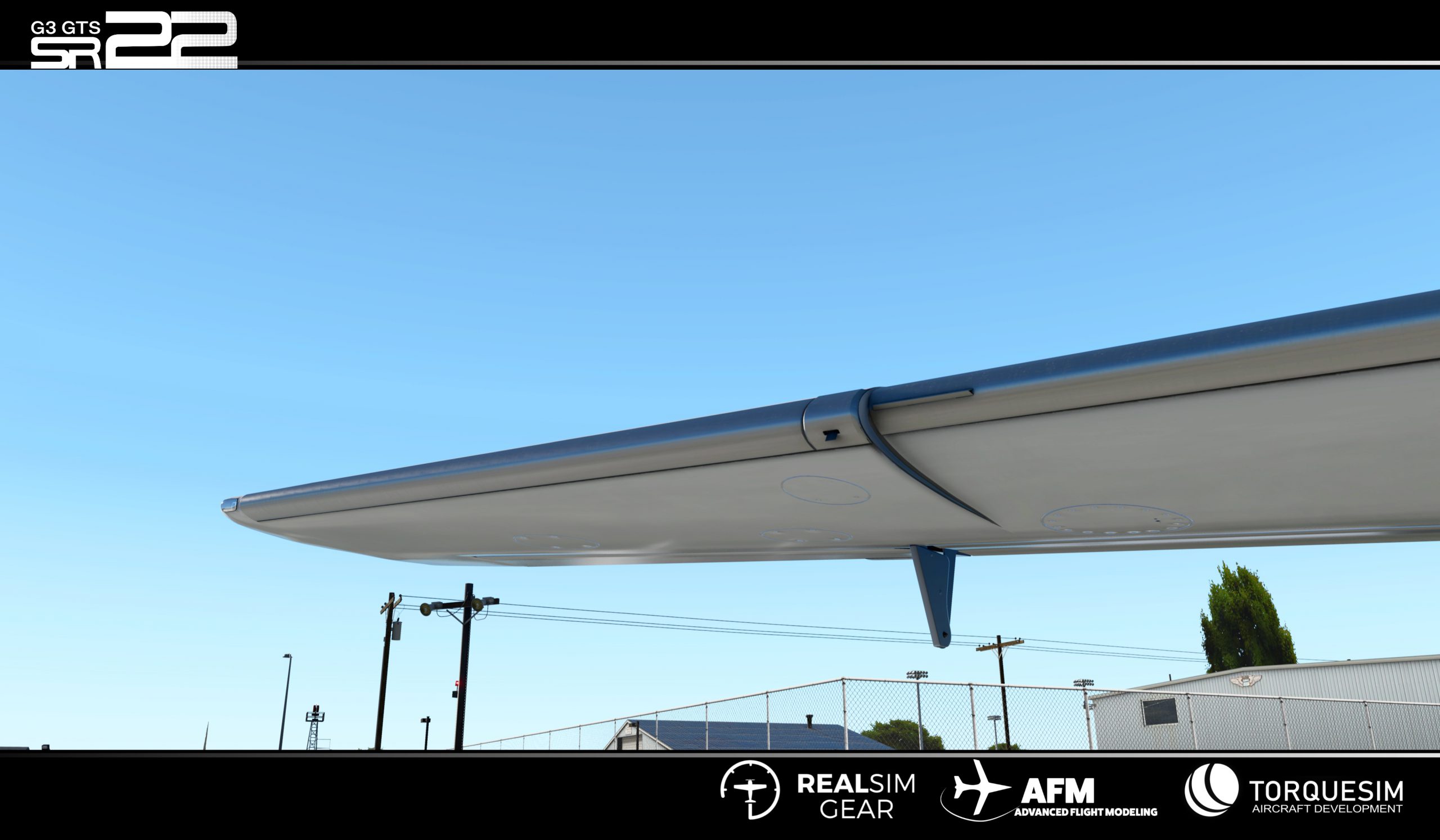 Aerodynamics is one of many reasons why we all love X-Plane. That’s also why, just like with the engine, aerodynamics on the TorqueSim SR22 have been designed to take full advantage of the simulator’s capabilities and get as close as possible to the real world equivalent. Therefore a professional flight model of the SR22 was created by X-Aerodynamics in 2018 – over many months of work using all available resources and documents. It is up to the most recent standards and greatly benefits of the flight model improvements introduced with version 11.41 of the simulator and is ready for 11.50.

A stack of custom airfoils ships with the flight model to resemble the scimitar-shaped propeller as well as the Roncz wing profile introduced with G3 of the SR22 which has some interesting characteristics:

The real wing offers stall strips to complete the cuff effect, and our airfoil polars contain modifications in the places where these are located to accurately account for their effect. Stall strips are small attachments mounted at the leading edge located on the wing´s root, triangular in shape. At high angles of attack, they trip the laminar boundary layer at a location where stall is most favorable to onset, causing earlier flow separation and consequently a sooner stall than on the outer wing portions.

Together with the cuffed wing design, the SR22 wing is engineered to stall from inboard to outboard, allowing for maximum roll control and spin prevention way into the stall.