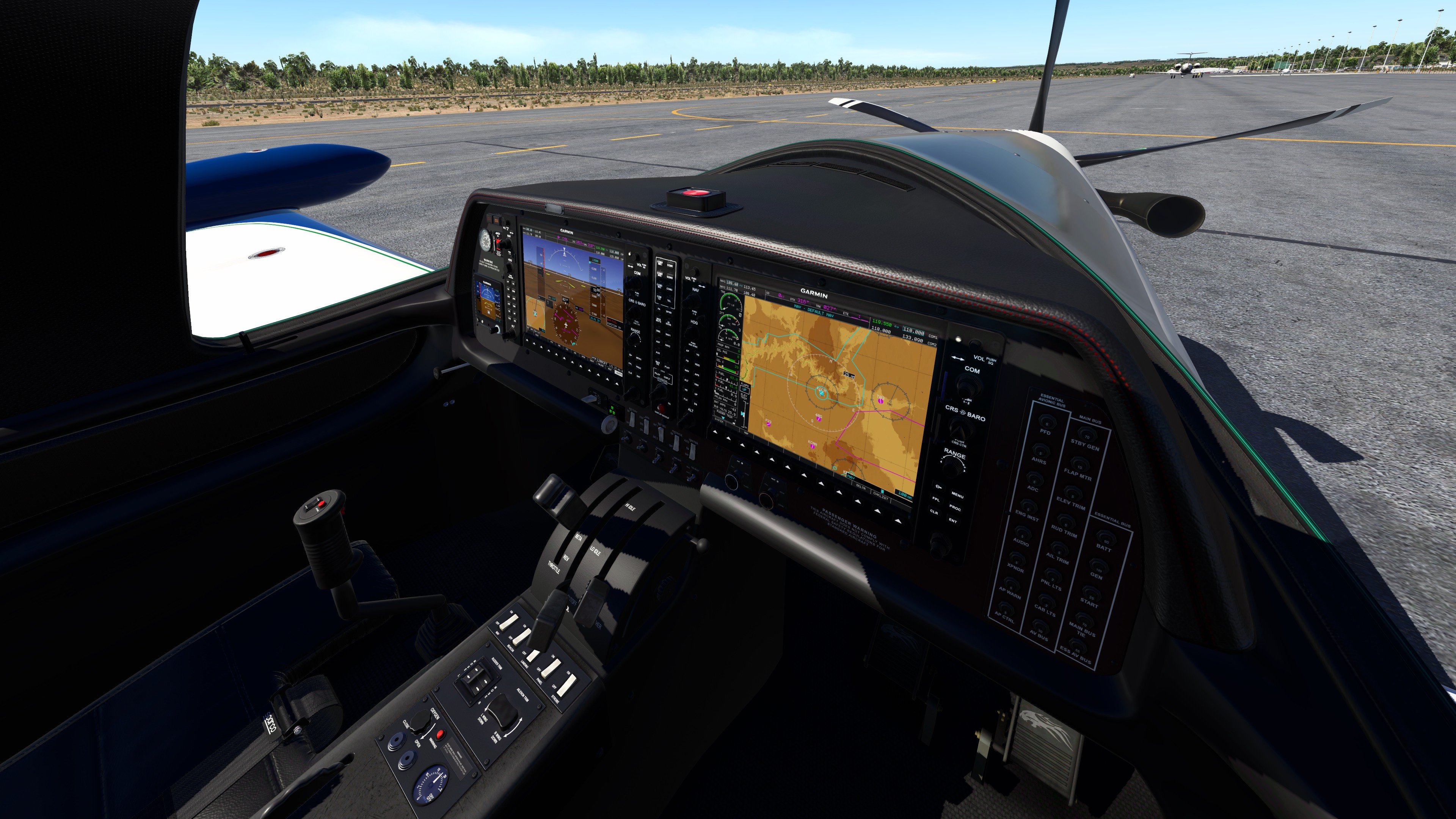 The Pocket Rocket is a lightweight, PT6 powered beast! We have modeled two variants: a retractable-tricycle configuration and a fixed tailwheel version. Both have empty weights of near 1,000 pounds and are equipped with the 715 ESHP PT6A-28 engine. With the equipped Oxygen system, you can take this plane to FL250 and cruise for hours! In the retract version, cruise speeds of up to Mach 0.6 can be reached!

A highly detailed simulation of a PT-6 equipped Pocket Rocket originally inspired by Thomas﻿ Dietric﻿h. This aircraft comes with a simulated G1000 that gets its internal Synthetic Vision code from the infamous Hot Start TBM 900, includes a simulated Garmin G5, numerous liveries and a maintenance and failure simulation. FMOD sounds are also included to give you that extra edge!

Want to see the plane in action? Check out reviews and videos made by the community here!

This site uses Akismet to reduce spam. Learn how your comment data is processed.